Jon Anderson's work post Yes (with a little on Yes) 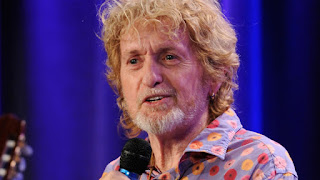 In 2008 Jon Anderson suffered an acute respiratory attack that took him perilously close to death. In the years previous to this touring had become problematic due to his respiratory problems. Rick Wakeman had rejoined Yes, while they toured extensively they had not made a new album since 2001s Magnification. Magnification was an album that Jon was proud of but disappointed by in that it sold poorly and so didn't reinvigorate the band as he may have hoped. I like the album, it features imaginative orchestral composition and arrangement by Larry Groupe that filled the place of the departed keyboard player Igor Khoroshev who was featured on the Ladder. 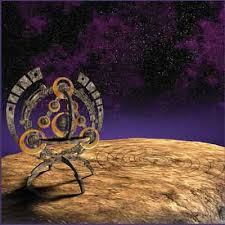 Yes' discography can easily be described as tortured, bewildering. It does not mark a slow progression and decline, there might be something of a linear progression from their debut album to Tormato, but even within that sequence there are disjunctions as members came and went and each album really carved out different territory from the one before. Throughout this "Classic" album sequence, the strange art and driving force of Jon Anderson was very present. Both through his belief in the band and his insistence in pushing them to strange musical places. His art was abstract, positive with cryptic but spiritual lyrics, that often bemuse listeners and of course his unique alto tenor voice.

Jon and Rick Wakeman left Yes after Tormato when the band failed to complete a follow up album. Chris Squire, Steve Howe and Alan White decided to team up with the Buggles which conveniently comprised a singer and a keyboard player: Trevor Horn and Geoff Downes. This line-up created the Album "Drama" before splitting again and it's next rebirth was when Trevor Rabin a completely new member was the main creative driving force for a very different album and band that surfaced with 90125, which was a massive commercial success. More albums would be made with Trevor Rabin and a very Yesish album Anderson Bruford Wakeman Howe was released by those members and eventually Rabin would leave the band and Steve Howe come back. The story of the discography is certainly hard to follow, but I have actually come to think it more a virtue than a curse as many think. As it has meant that under the banner of Yes there is a wide variety of music that is challenging, distinctive and strange.

The band couldn't wait for Anderson to get well and they got in a replacement singer Benoit David that they had seen on a youtube clip singing in a Yes tribute band. Rick's place on keyboards was taken by his son Oliver Wakeman. However when they came to record they decided to go with their old friend and acclaimed producer Trevor Horn, who replaced Oliver with his old Buggle bandmate Geoff Downes. They dusted off some old songs he'd written a few decades ago with Yes in mind making them the centre pieces for the album "Fly from Here". This was something of a sequel to Drama and it was a competent enough album.

Meanwhile Jon Anderson was slowly recovering and he managed to put out two albums. One with Rick Wakeman "the Living Tree" which they supported with an intimate tour. Jon's voice was understandably raspy and the quality of the vocal recording was also not high, yet these weren't entirely drawbacks, it created an intimate and naked music, drawing out some of Rick's most beautiful playing creating a nurturing setting for Jon Anderson's idiosyncratic vision. While it didn't sell well I found it compelling and have played it often since its release. The title track is a beautiful abstract fairytale. "Forever" is also one of the most beautiful songs of divine love/devotion which mingles the love of his wife Jane and love of God, making it deeply personal and immanent. 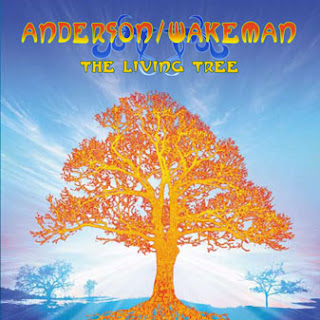 His other album at the time was kind of a compilation of tracks that he collaborated with people remotely from an internet invitation. This was called "Survival and Other stories" surprisingly this was a more professional sounding album than his one with Wakeman. I find it likeable, it has some good songs and sounds surprisingly unified but I admit I don't feel it has the heart that Living Tree has.

Yes went on, Benoit David started to suffer from the rigours of touring through singing a above his natural register, he was replaced by another singer, strangely another Jon (Davison) who had also sung in Yes tribute bands as well as the small prog band Glass Hammer. His register seems more suited to the material. The band recorded another album "Heaven and Earth" this time with Roy thomas Baker producing and with Jon Davison contributing to most of the songs on the album. This album is really the only Yes album that I think it simply a bad album, it is unfocused lacks energy and direction. A sad recorded finale for Chris Squire who  died shortly after, it is better to regard his collaboration with Steve Hackett "A Life within a Day" as his final testament as he poured more of his creative energies into this and it's a likeable album.

Whether Yes now with Billy Sherwood replacing Chris on Bass and backing vocals can rise up from this we shall see, Billy at least has a lot of drive.

Meanwhile Jon Anderson has made a nice artistic recovery. Jon worked with Stefan Podell on “Open” a largely orchestral 21 minute piece that he released digitally, with it’s simple one word title and it’s fluid movement and rich colourings. 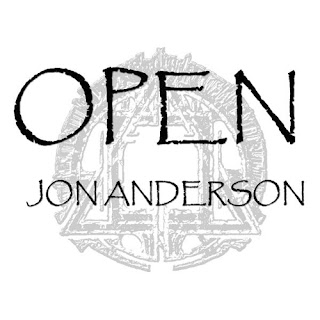 Building from this he developed a very long cherished collaboration with Jean Luc Ponty, a very talented violinist, who had played on some of my favourite albums, particularly, Mahavishnu Orchestra's "Visions of the emerald Beyond" and Frank Zappa's "Hot Rats". Ponty also had a fairly successful solo career, I have only got to know this work recently. Ponty is a good player and his albums are good works, although I wouldn't put his solo work in the top rank of artists as he doesn't map out a distinctive imaginative territory.

Jon and Jean Luc decided to record a live album together and tour, Jon recorded vocal parts against existing Ponty tracks and they also did light jazz versions of certain Yes tracks. They rehearsed for a short time, did a concert which they recorded then did a significant amount of post production recording that paid off. I am amazed by how cohesive the album is. Part of this synergy Jon and Jean Luc have explained is due to how the violin approaches the expressiveness of the human voice. They make the most of the warm lyrical compliment that gives real  humanity to the music. For me it is a very rich pleasure to hear these artists both in their 70s express themselves so easily, Jon here has a great setting for his creative spontaneity. His voice sounds fantastic. 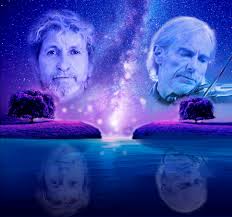 Jon has also created an album with Roine Stolt a neo prog star and leader of The Flower Kings.  Jon and Rick Wakeman have also teamed up with Trevor Rabin to do a tour, initially it was also to make a new album. I certainly hope they do manage to make that album. All this activity and music show that Jon is creatively alive. I am amazed at the way Jon has returned from the brink of death to make such significant new musical artistic contributions.

So far I have focused on the outward events now I want to turn my focus to the inner nature of Jon’s art. We can describe the externals of music but the real value lies in the internal qualities, vision, imagination and how it effects our consciousness. Music and poetry gives pleasure, but that statement  significantly under plays what it does. This pleasure is by moving our consciousness from one state of consciousness to another, this is a mythic process.

Jon Anderson work functions as poet, visionary and Shaman. These are really names for the same thing. Shelley described the poets as“the unacknowledged legislators of our time”. The poet is not simply a versifier. The poetic power of the ancients is often acknowledged but seldom explained. Ancient consciousness  was mythic, the divine,  the physical world, internal, external and group souls were fused. The words they used were mythic containing amalgamations of the modern words that emerged from them. Words came to have more specific or fragmented meanings better suited to intellectual destinations, word and phrase orders solidified. Yet the mythic was the father to the rational like Saturn to Jupiter. The mythic nature of words is still there but this process of classification of word and phrase blinds us to this and end uses states of boredom. Owen Barfield has explored these ideas extensively in his book "a History in English Words" & "Poetic Diction" The Poet then allows our subjective modern individualised consciousness to integrate and see the mythic in which it exists. It does this obviously through myth and metaphor but also by disturbing accepted word orders allowing a great fluidity and vitality of meaning.

Jon Anderson's later work is much more explicate and immediate in its intent to waken us to the divine. Jon is expressing more immediately than any other modern artist I can think of a great sense of ontological surprise. That fundamental religious experience of the recognition of Being. We see this through emphasis on the words "Real", "Truth", "Is" and the recognition of them with "Know"

"In The Presence of" from 2001’s Magnification Jon sings:

This is a fantastic childlike expression of ontological surprise. This song Jon described as being about how God is all around us.

Increasingly with Jon Anderson’s recent work, his expression has become more open, homely, childlike and direct. In his aptly titled work Open there is this line:

The “the sign of how you're standing here” has a prose, even a prosaic diction that's common place-ness makes it more present, this is almost shocking in such a mature artist. This is a shift from the dense and more distant, abstract imagery of great works like Close to the Edge:

Jon has shifted from this more romantic style although even this had startling syntactical disjunctions. He is now being more direct but no less startling. I am arguing that it is wrong to think of his recent lyrics as being less poetic or worse. He has moved to a different mode that is more insistent, it is like he is grabbing us by the collar and saying “listen” :

In "Open" he tells us that we are born of Myth, it is our nature “sun it sings you”.

Post 2008 Jon has shown the abundance in his creativity, he has  expressed a unified vision across a wide variety of expression. This helps us to be unattached to the form of the work and enter a “New new world”.

Jon's words and his delivery of them, always has very definite felt metrical feet, you hear his steps and it anchors the music, he enters the centre of the music to conduct it with his dance. This is particularly notable in "Invention of Knowledge" where the steps of his often irregular prose meters allow the music to twist and turn and yet always feel sure footed. 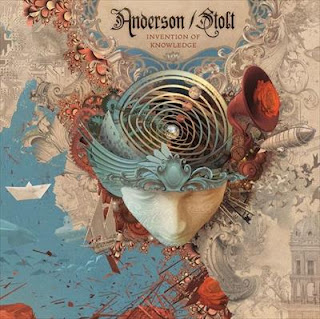 
"The Invention of Knowledge" arrived while I was writing this blog and the comments I made in the later part of this blog apply to it in spades. The album was obviously a great labour of love, Roine Stolt's joy in collaborating with Jon shines through. They allowed the pieces time to develop with the work taking over a year. Roine was amazingly receptive to Jon's ideas and this humility actually increased his level of creativity on the project. This is an amazingly life giving work of art and I'm looking forward to building my relationship with it.